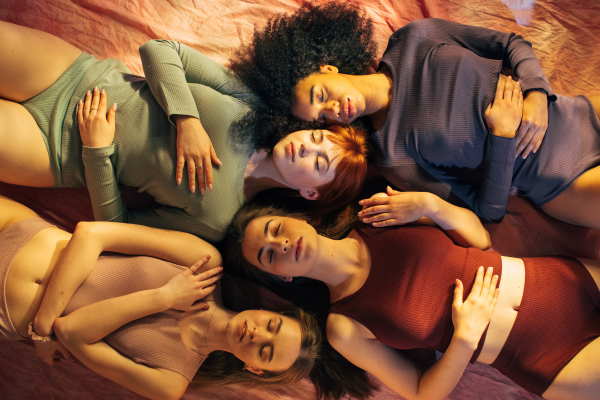 You are likely well aware of the complex ecosystem of organisms of the gut microbiome, including bacteria, yeast, fungi and viruses.

But did you know that the vagina and the bladder also have their own distinct microbiomes? While each of these ecosystems is unique, the microbiomes of the gut, vagina and bladder can influence each other. Pathogens - living organisms that can cause illness - can migrate between these organs, and balancing one system can impact on another.

Urinary tract infections (UTIs) are common in young women, between 14 and 24 years of age, and in older women – approximately half of all UTI cases occur in women over 65 years. While men can also incur a UTI, they are more common in women.

Anyone who has ever had a UTI is well aware of the symptoms: persistent urinary urgency, with pain in the bladder and burning pain in the urethra – UGH! An untreated UTI can encourage the migration of pathogens from the bladder to the kidneys, risking a kidney infection – which can damage one or both kidneys.

UTIs can be either acute or chronic. Acute UTIs are relatively easily treated. UTIs are deemed chronic when they occur twice over a six-month period, or three times over a year. Treatment of chronic UTIs can be tricky.

Remarkably, some pathogens are able to escape detection by urine lab tests? E. coli, for example – which is responsible for up to 90% of UTIs - is able to avoid passing through to the urine by sticking to cells, forming a slimy build-up of bacteria known as a "biofilm". Bacteria can also invade the cells of the urinary lining. These are two tricks used by bacteria to effectively hide – from antibiotics, and from lab tests. One study (Russo, et al., 1995) found that the same bacterial strain causing infection could be identified in the urine of women with recurring infections up to three years later.

Bacteria are able to migrate within the bladder, cycling between the cells’ interior (“intracellular”) and among the epithelial cells of the bladder (“intraluminal”). While in the intracellular stage, they can cause repeatedly negative lab results, even while the woman experiences the symptoms of a chronic UTI. It is in the intraluminal stage that the bacteria are detectible by lab tests. It is also there that antibiotic treatment is more likely to be effective against the bacteria (Haake, et al., 2015). But even in this intraluminal stage, bacteria can hide within the protective environment of the bladder wall, from where they are capable of future infection.

What about the microbiome?

What’s important about the microbiome – of the vagina and bladder, as well as the gut - is keeping everything in BALANCE, and not allowing opportunistic microbes to push out the beneficial ones. The most abundant bacteria of both the bladder and vagina is Lactobacillus, comprising over half of each microbiome.

While the composition of urinal and vaginal microbiomes differ, there is a large overlap between the two systems. An abundance of Lactobacillus helps to prevent opportunistic bacteria from causing vaginal infections, such as bacterial vaginosis (BV). And women with BV tend to be at a higher risk of UTI than women with abundant vaginal Lactobacillus (Amatya, et.al, 2013).

How are UTIs prevented and treated?

Conventional medical treatment for a UTI generally involves antibiotics targeting the pathogenic bacteria. While often effective, there are numerous downsides of antibiotic treatment. High doses are needed to get the drugs to the bladder before they are metabolised in the body, increasing the risk of harmful side effects. They can disturb the balance of the microbiome by killing the beneficial organisms in addition to opportunistic bacteria. Bacterial intracellular invasion and biofilm formation can impair the effectiveness of antibiotic treatment. And ultimately, long-term antibiotic use can lead to antibiotic resistance.

Functional medicine and nutrition, which consider the holistic interaction between bodily systems, aim to identify and address the root causes of a UTI. Recommendations would focus on decreasing the adhesion of pathogens, optimising microbiome balance of the bladder, vagina and gut, reducing inflammation and supporting gastrointestinal and immune functions.

To effectively manage UTI's, it is important to address the underlying cause - which can then inform an appropriate approach. A targeted, personalised intervention can be developed together with a qualified nutritional therapist. Below are some common considerations, without considering the specific circumstances of the individual.

What can you do?

There are many behaviours and nutritional considerations that can help to prevent and manage UTIs.

Manage the vaginal pH – To help maintain a healthy vaginal microbiome balance. A healthy vagina has an ideal pH between 3.6 and 4.5. A vaginal pH above 4.5 increases the risk of opportunistic infection and biofilm formation in the bladder (Hedelin et al. 1991, Goodson & Rowbury, 1989).

Cranberries – We’ve all heard that cranberries are good against UTIs – and, it’s true. This is because they help to prevent E. coli and other pathogenic bacteria from adhering to the urinary lining, thus preventing colonisation and infection. If supplementing, ensure a minimum of 36mg proanthocyanidins daily in divided doses.

D-mannose – A sugar found in many fruits, including cranberry. You can think of it as a concentrated version of cranberries. D-mannose can be taken for prevention and treatment of acute and chronic UTIs. As with cranberries, it works by preventing E. coli and other pathogenic bacteria from adhering to the urinary lining. A study found that 2 grams diluted in 200 ml of water daily for six months reduced the risk of recurrent UTI by 76% compared with no prophylaxis (Kranjčec, Papeš and Altarac, 2014). Another study found that daily use of 1.5 to 3 grams for 13 days could reduce the symptoms in treatment of an acute UTI (Domenici, 2016).

Vitamin D – Can help to protect the lining of the bladder (Gombart, 2009). Most people in northern countries are deficient in vitamin D. While small quantities can be ingested with food, most of our vitamin D comes from our direct exposure to sun on bare skin. Supplementation should follow lab testing of levels in the body, as each person absorbs and converts vitamin D differently.

Nervous system support - Take good care of the nervous system, which connects the brain to the heart, lungs, intestines and female reproductive organs through the Vagus nerve. This is a pathway through which stress can be detrimental to vaginal and urinary health. Consider magnesium, zinc and omega-3 fatty acids. Stress management and Vagus nerve exercises, such as deep breathing and singing, can be beneficial.

See your GP if symptoms do not improve within a few days of treatment, or if symptoms come back after treatment; if you have blood in your urine, pain in your back and/or sides, fever and/or chills, nausea and/or vomiting. Men with any signs of a UTI should see the GP, as a UTI can put them at risk of a prostate infection due to the design of their plumbing.

Supplements should be taken under the guidance of a professionally trained practitioner.