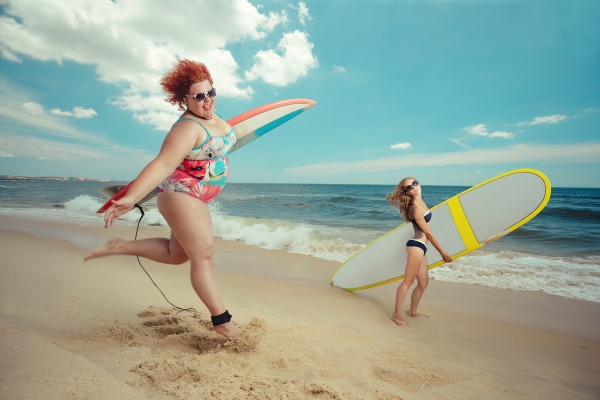 Obesity is one of the most prevalent health issues and leading risks for global death of the 21st century. It is a major risk factor for serious metabolic disorders, including type 2 diabetes, cardiovascular disease and various cancers. Obesity is often defined as being the net result of a long-term imbalance between energy intake and expenditure. Although excess calorie intake and lack of physical activity are leading causes of its development, obesity is a rather complex condition, which is influenced by several factors including genetic, biological, social, cultural, behavioural and environmental. Obesity prevention and treatment is currently problematic and unfortunately remains unresolved.

In the meantime, emerging evidence in the last 10 years suggests that the composition and functionality of the gut microbiota may be an important causal factor in the development of obesity and related metabolic diseases. Recent animal and human studies suggest that dietary supplementation of particular species of probiotic bacteria (e.g. Lactobacillus and Bifidobacterium species) may also help to improve weight management, by acting as regulators of energy metabolism in the body. However, at present, the impact of probiotic and prebiotic supplementation on the individual’s energy regulation is insufficiently explored and conflicting results can be misleading.

There has been an unprecedented explosion of scientific knowledge and advances in human microbiome research over the last few years. The term human microbiome refers to the population of microorganisms, including bacteria, viruses and fungi, and their genetic material that live on and inside the human organisms (skin, mucous membranes, intestinal tract, etc.).

When it comes to numbers, well, current estimates arrive at a ratio of 1.3 bacterial cells for every human cell. However, the actual number may be much higher if the viruses and fungi are also taken into account. Similarly, our microbial cells contain far more, about 100-times more genes (2,000,000) than our own human genome (20,000). Interesting question: based on human microbiome research, if half of our cells are not Homo Sapiens cells, what does it mean to be an individual human being? The answer may be that we might need to reconceptualise the human being as a superorganism, rather than being a single individual. What I wanted to demonstrate in this section is the magnitude and importance of our microbiome. In fact, it is now scientific consensus that the microbiome affects our health and disease significantly.

What is the role of the microbiome in healthy metabolism?

The gut microbiota (GM) is an extremely complex and diverse functional system and has coevolved with the human species to help perform certain physiological functions that the host would have been unable to manage on its own. Their mutualistic relationship allows the bacteria to extract energy from non-digested food, while the host benefits from vital functions carried out by the microbes.

These functions include but not limited to:

Fascinatingly, the gut microbiota is also able to interfere with how your genes are expressed, and hence can ultimately change, for example, your metabolism and weight. Therefore, theoretically, host energy extraction from the diet may be regulated by the manipulation of the composition of the gut microbiota.

What is the connection between the gut microbiome and body weight?

It is estimated that approximately 10% of the total dietary energy supply in humans is provided by the microbiota-generated short chain fatty acids (SCFA), such as acetate and butyrate. These SCFAs are the metabolic end products of bacterial carbohydrate fermentation, and they possess key roles in regulating host metabolism. For example, acetate has been shown to suppress body fat accumulation by multiple mechanisms.

Studies also demonstrated that the microbiota can directly and/or indirectly influence how much energy is spent and/or stored by the host. It has also been discovered that the microbiome can influence leptin (a signalling hormone that is made by fat cells and reduces hunger) concentrations in humans, and hence can influence appetite. These suggest that the complex host-microbe interactions can easily interfere with body weight and adiposity.

What can influence the composition of the microbiome?

As our microbiome feeds on the types of food that are ingested, diet is a major determinant of its composition, diversity, and richness. However, the picture is a lot more complex because the microbiome is a living ecosystem, and consequently undergoes fluctuations due to various factors apart from the diet, including:

For example, it has been found that Western-type diets may function as an environmental factor that predispose toward energy storage and obesity.

What you can do to support a healthy gut bacteria?

It is now well-recognised that an altered microbiota composition (aka. dysbiosis) may be strongly associated with obesity and related metabolic disturbances. As mentioned above, diet is recognised as having a major effect on regulating microbial diversity, and, as a consequence, greatly impacting the final metabolic potential of the host. Fortunately, there is a lot of general support that we can recommend, which can yield quick results.

In summary, it is undeniable that the gut microbiota is a metabolically very active interface, and thus plays a vital role in host metabolism and weight.